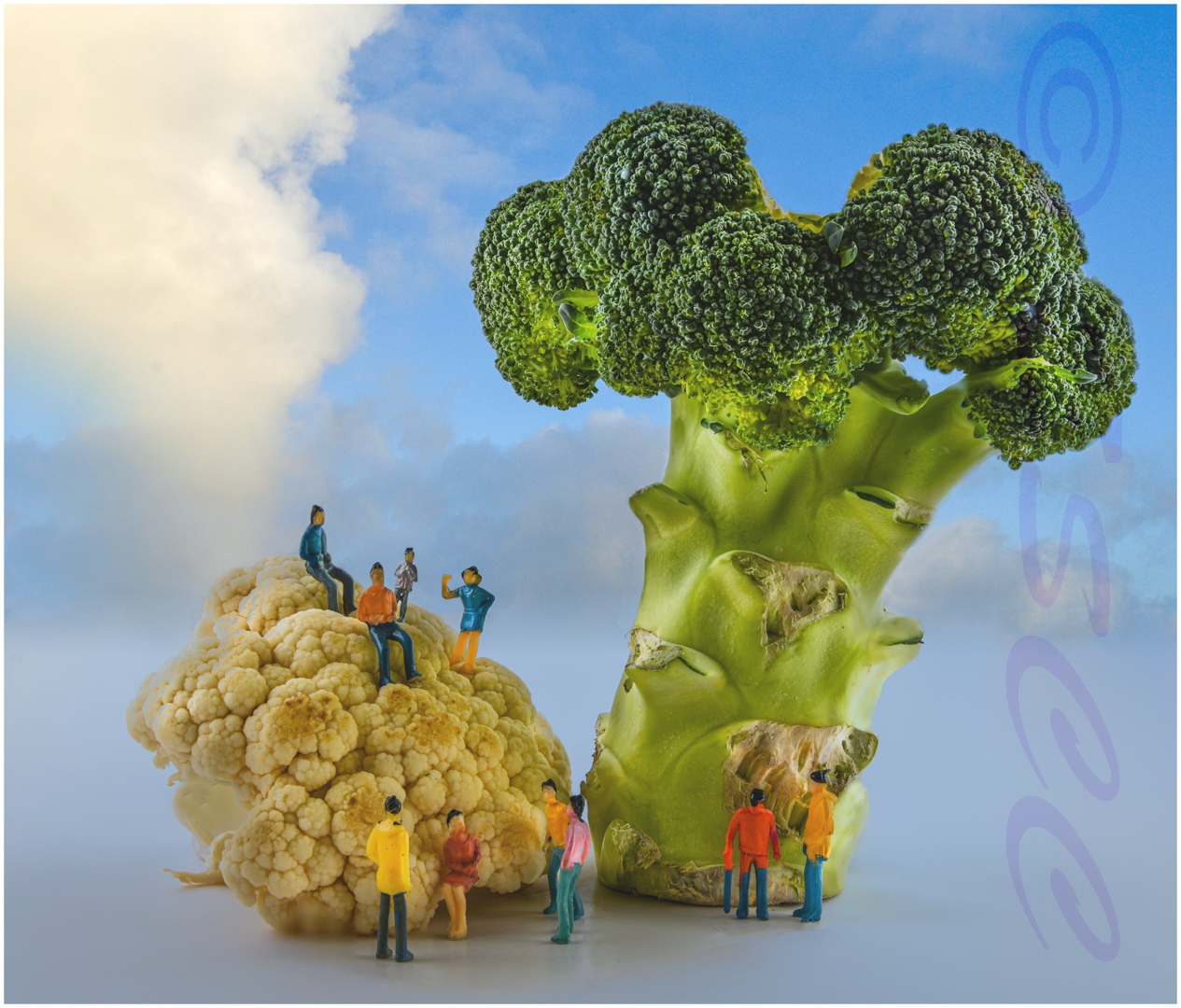 The winner Cauliflower Small Talk by Peter Lawrance with 6 1st, 2 2nd’s and 3 3rds 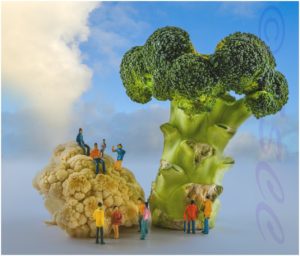 I was standing on the up platform at Grantham in 1955 when this LNER heavy Freight L1 came by with a load of vegetables from Lincolnshire.
Or I glued some peas and carrots on to some coal wagons then took the image with my 12 – 24 sigma wide-angle to try to get as much in focus as possible, selecting f/32 to help also.
In Lightroom I cropped out the rest of the room then added a vignette followed by some selective dodging and burning with the adjustment brush.
In Photo Shop I duplicated the layer then selected the subject, inversed the selection then applied a zoom blur to the background.

It was been suggested that the author could have added some steam to add realism here, possible cotton wool suitably arranged or a boiling kettle held appropriately. This may have resulted in first place) and was also noted that foreground fence wasn’t blurred.

Tomatoes And Basil by Julie Holbeche-Maund 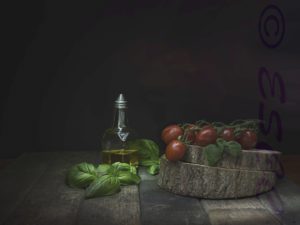 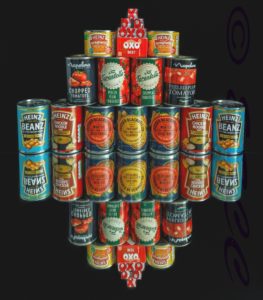 The tins were piled on a large mirror with a black card backdrop.
Exposed using subdued window light through a closed curtain and a diffused camera mounted flash.
Only basic processing in Lightroom including cropping and darkening the background card.
Nothing special about this one.
Image taken using my Canon M6 Mk2 with Sigma 56mm f1.4 lens mounted on my lightweight Benro tripod for a 1.6 second exposure at f9.
Location was the kitchen table with a matt black background.

for the glasses of coloured liquid. I tied a glass at an angle to an old tripod and tipped liquid in so it spilled out and at the same time as I took photos.
I used red food colouring for all of them but then changed the colour in the hue slider in photoshop then put them all on one blank layer.

Who are you calling a vegetable by Steve Pears 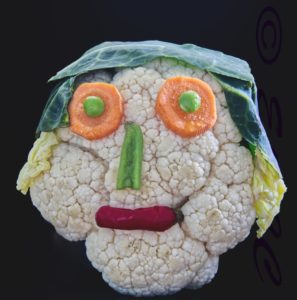 Now for the tricky bits. The facial features and hair were secured using wooden cocktail sticks and the peas for the eyes were held in place using goose fat,
which was also used for roasting the potatoes for Sunday lunch.
The mouth chilli was wedged in place between the florets of the cauliflower.

OUR DAILY BREAD by Margaret Waterson 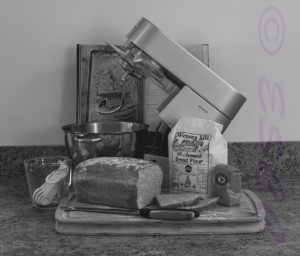 I took the photo in our kitchen, I had baked a loaf of bread and decided to use it for this subject my idea was to make it look like a photo in a cook book, this was the result 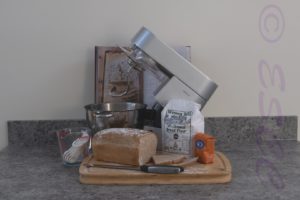 I changed the original from colour to a greyscale image in lightroom and cropped it
then in photoshop i added a vignette using the elliptical marquee tool , choosing a light grey foreground colour
and 50% feathering

Billy No Mates by John Denny 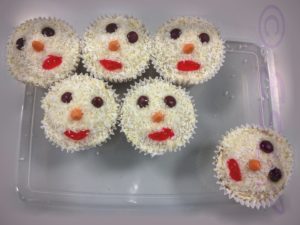 For mine it was taken on my phone, a workmates wife had made the cakes and he was bringing them round to share.
It was a rushed photo and the edges of two of the cakes were cropped so I had to add them back in in photoshop
(rushed it a bit, I could have done better with he top left). 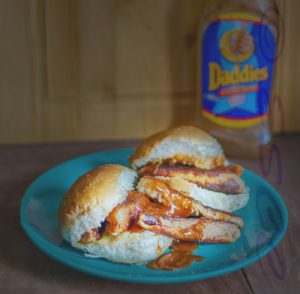 Cooked some sausages for lunch and as Dan had spent the day before setting up an indoor studio for still life subjects took the chance to take a quick shot or 2.
Having upload to Lightroom tweaked the exposure to sorted highlights but then decided to HDR.
In Photoshop added a misshapen vignette to darken background and foreground, did a spot of spot removal and removed some highlights on the plate.
Realised that image was quite noisey, checked camera,  it had been left at a high ISO but I;d eaten the cobs by then so couldn’t redo 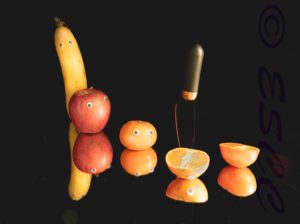 The image was taken with the fruit set up on a mirror, which i placed on four chairs,
with a black table cloth draped over the top and down the sides and back of the mirror.
The scene was naturally lit from a window.
I used a tripod and 24-70 lens. 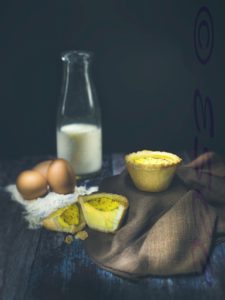 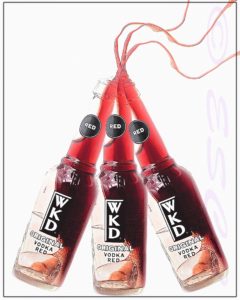 The WKD was photographed tipping out of the bottle and then three copies of the same photo put together as one. 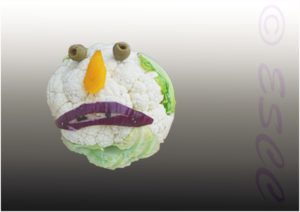 RIPENING IN THE SHED by John Smith 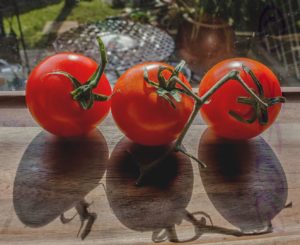 I tried the tomatoes against various backgrounds,
then I had the inspiration to place them inside the shed on the shelf under the window.
This gave me a strong natural back light and resulted in the deep shadows that were thrown.
I took the image – hand held – f10 – 1/400 sec and ISO 400 with a focal length of 18 mm.
When I processed the image it was mainly in elements, dodging and burning the shadows to bring out detail in the wood.
I then finished it by selecting the window view and slightly blurring it 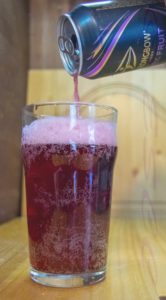 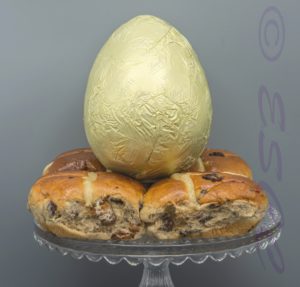 The image was taken in a lightbox with a standard 18–135 lens.
It was only cropped, straightened, and some minor adjustments such as highlights, shadows, and presence in Lightroom.
There was also a small boost to orange and yellow. 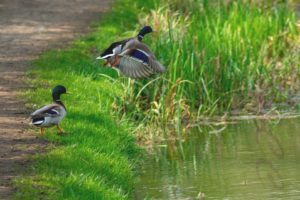 Just cropped it and slightly adjusted some of the colour. Nothing fancy.