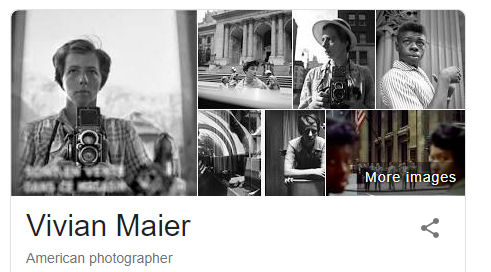 Last night we held the first round of POTY which was an Open print round that saw a record 61 images entered by 31 members that’s over 3/4 of the membership participating.

We followed this with a talk / slide show from John Langham on Vivian Maier who spent her working life caring for the children of families in New York and Chicago. What none of them knew is that she also took thousands of photographs that were discovered by chance and published after her death. John explained how her work was discovered and showed examples of the cameras she used in her work.

This was followed by tips on improving Black and White images