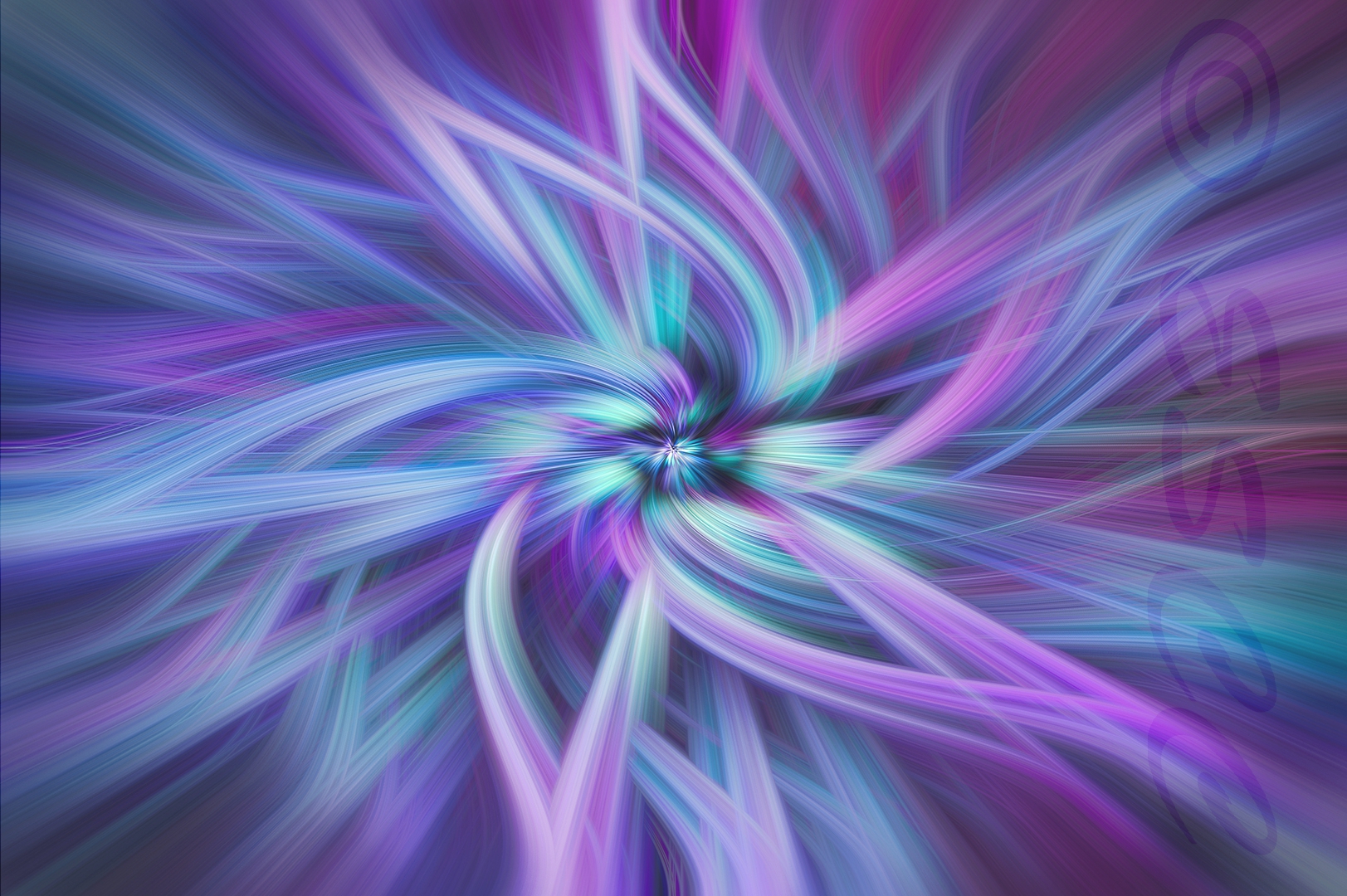 3rd Week of Just 4 Fun and your getting more creative. 17 images submitted and 23 members voted. 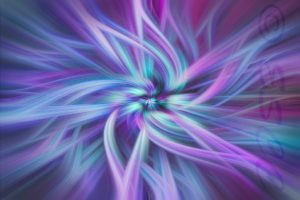 She took a photo of some flowers in the garden and used the Twirl filter in photoshop.
First use filter pixelate and then filter blur and then filter distort twirl.
She likes doing crazy photos. 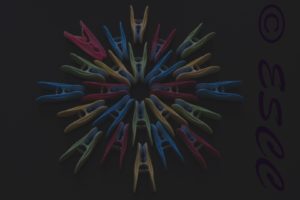 She spilled the pegs one day and then had an idea to create a pattern from them , this is the result.
At first she tried a light background then thought about this dark background , which is just a black mount board and liked it best
All she did was  increased the exposure , added some vibrance , and turned down the blacks , i thought this was enough then decided to change 1 peg to make ODD ONE OUT
I enjoy having a go at these it’s keeping my interest in photography going with a bit of fun added many thanks 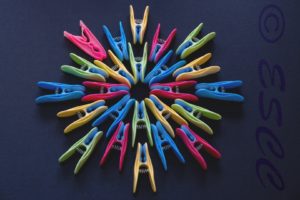 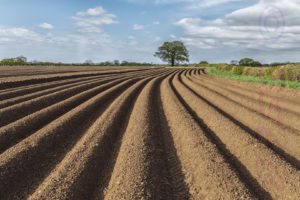 The image was taken on my daily walk along the footpaths in the fields around Barwell. Many farms in the area have just ploughed and planted their fields. I went out early morning the capture the sidelighting on the furrows.
Taken on a Canon R with 24-105 RF lens at 37mm, f/11 1/60 sec 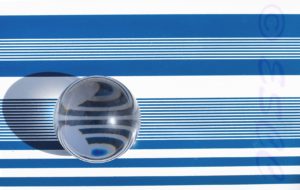 The stripes were on a spare toilet seat and the wife bought a glass sphere so I used this to distort the pattern. 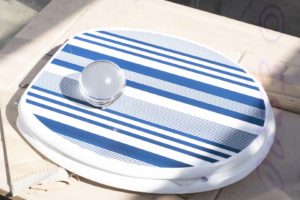 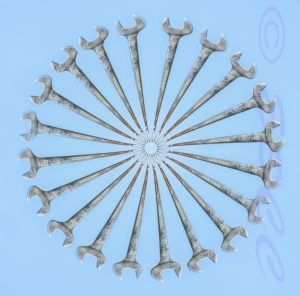 Ken photographed a spanner. Duplicated it lots of times and created a little planet by going to filter distort polar coordinates. 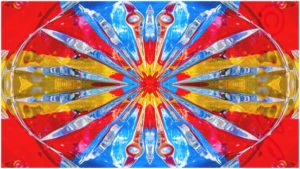 Photoshop made right size canvas. Divided into selected one square. Copied master and pasted into 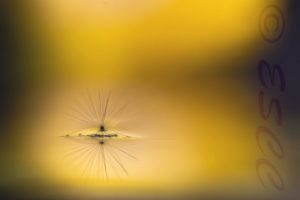 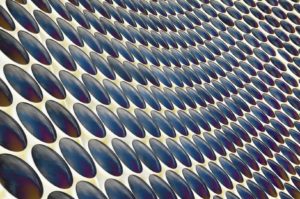 Basically experimented with all the Blend Modes in Photoshop. Liked quite a few of them, but chose this one in the end. 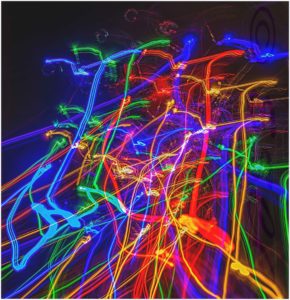 Peter used some battery powered coloured lights on a black card. Reduced the lighting as much as possible by pulling the blind and used ICM Intentional Camera Movement.

Took fifty odd photos and the patterns in this one, although more random than some, had a certain energy to them. It was processed in Lightroom in the normal way and given a white border in Photoshop. 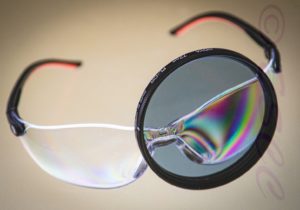 John had to lay my computer monitor flat and show a white screen. On that he put the PPE glasses and stood a polarising filter on edge in front of them.

The patterns could be seen easily enough but the filter kept rolling and falling over, it was all in one image but he had to take a lot to get a useable one.

The name uses the initials PPE and describes the process. 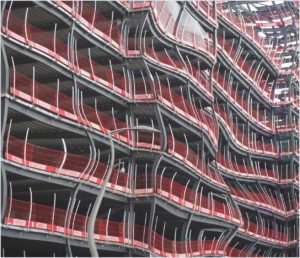 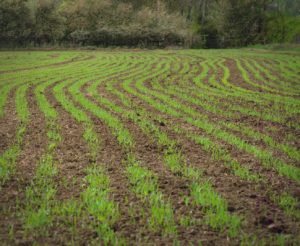 Wanted to take more and have more options but my back has gone so here is the best of my pattern photos from the newly sewn fields.

Cropped and adjusted the colouring, cloned a few bits of grass to fill in some bold spots and hid a yellow footpath sign (in case you were wondering what I’ve done to it) ☺

Patterns Across The Ceiling-John Smith 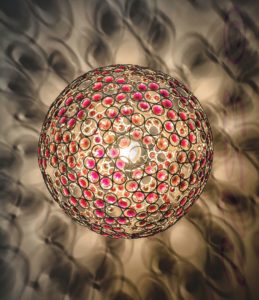 This was taken In the dining room where the light fitting throws out these shadows across the ceiling.  It was taken in daylight with the window blinds closed.
I mounted the tripod on the dining table and the camera pointing at the ceiling.  I used f7.1 at 1/30 sec and ISO of 250.
In Lightroom I did a little cropping and minor adjustments to highlights and shadows. 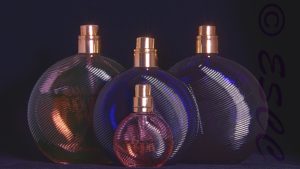 Processed in Affinity Photo Develop Persona – 20% contrast, minus 100% clarity, 50% saturation, 100% refinement, plus a big of curves for more contrast.

Following development into Photo Persona Unsharp Mask with Blend Mode Luminosity at 50% Opacity, and a bit of spot removal. 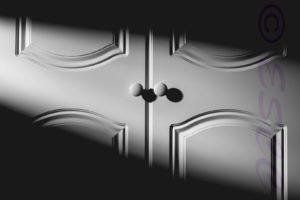 Paul came up with this idea when he saw a ray of light come through the curtains in his bedroom and lit up part of the wardrobe. However, because it didn’t fall exactly where he wanted he knew he would have to set up the shot using a flash. So with his  camera on a tripod he set up a speedlight to shine downwards onto the area with the patterns. In order to get the narrow ray of light he cut a slit out of a piece of cardboard and held this in position using another tripod. he took quite a few shots, adjusting the position of the slit to achieve the desired effect. He then processed the image in Lightroom, lowering the blacks and shadows and lifting the whites. Added a gradient filter from the left to reduce the brightness closest to the light source, then slightly increased clarity before converting to black and white, even though it was pretty much monochrome anyway. 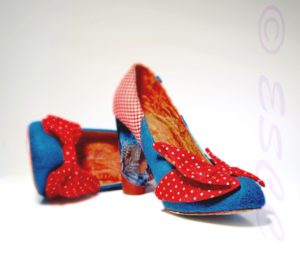 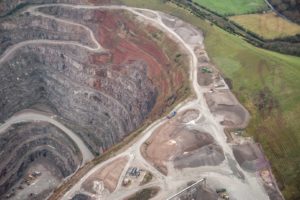