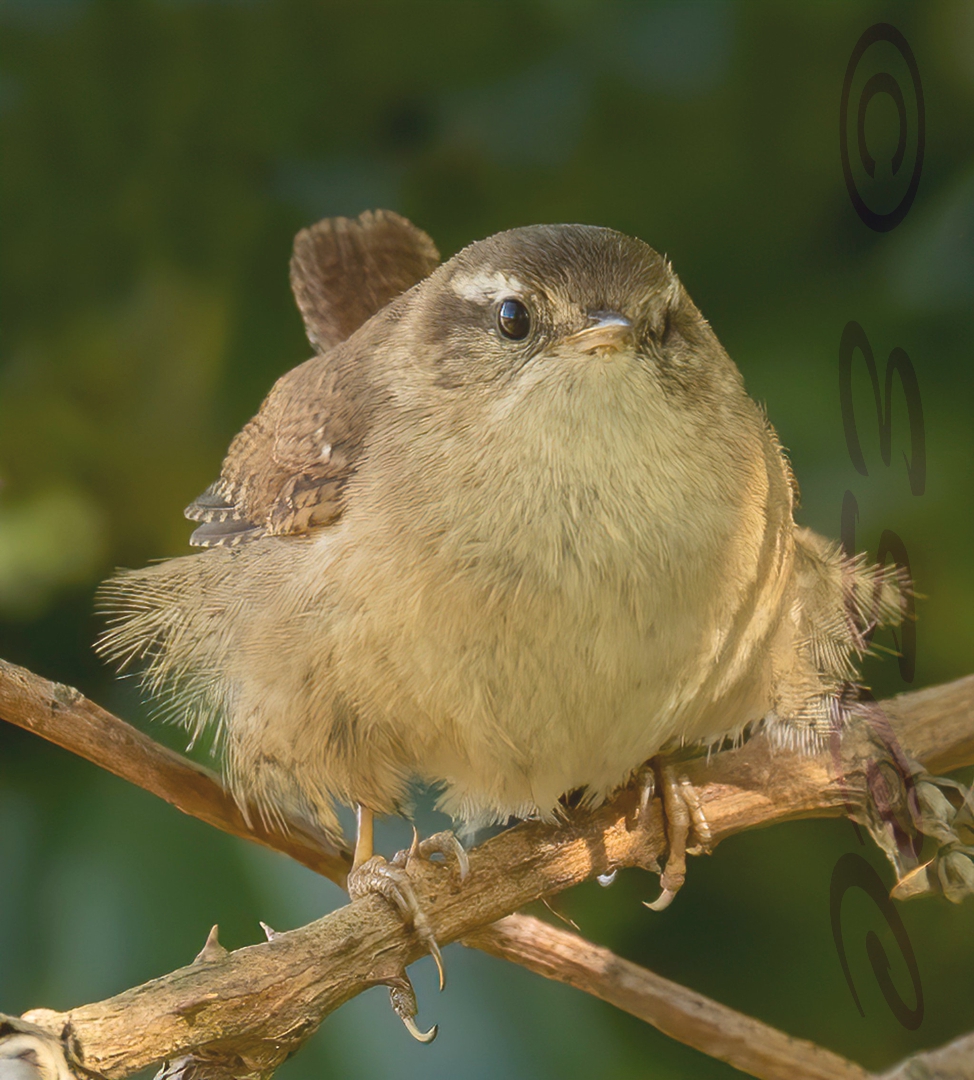 Just 4 fun Wk4 In the Garden 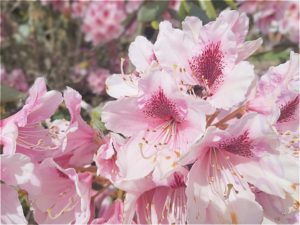 Taken on his phone.
He has just discovered the Pro mode on the camera and the selective focus feature that allows him to choose which parts are in focus AFTER the shot has been taken! 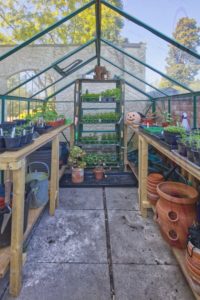 Waiting for food
By Martin Hall 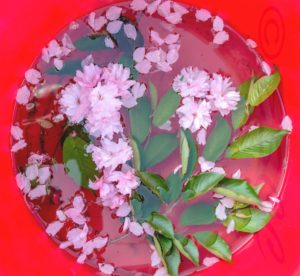 He has a red water butt and he noticed some water in it with leaves and blossom floating in it.
So he gathered some more leaves etc and then just took the shot initially on auto first just to try it.
Then used manual settings f5.6, 1/125th sec and ISO 400
In photoshop he just did some adjustments to high lights and shadows.
Then in elements he selected a red brush and removed the dirty marks to the side of the water butt.

Phil the Pheasant
by Steve Bexon 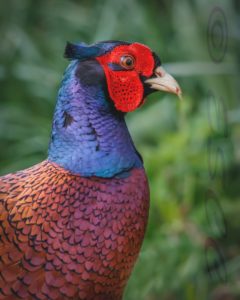 The Pheasant is a regular visitor to my garden during the months I put out wild bird seed.
He is not phased by me standing in the garden a few feet away taking photographs, but it’s still difficult to get a steady shot because he never stops pecking at the seed.
Taken on a Canon 6D Mk2 with Canon 100-400 millimetre lens at 300 millimetre, f4.5, 1 500th of a second.
Processed in Adobe Lightroom

Razor sharp, great dept of field and very colourful. Only get pigeons and Magpies in our garden. 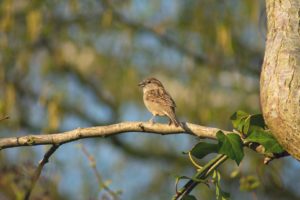 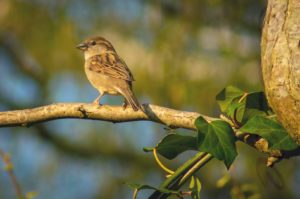 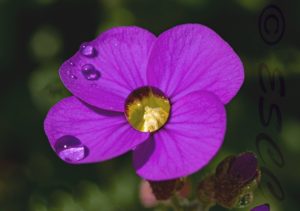 I took this photo with an 80 millimetre macro lens on an Fuji XT3 CAMERA
It hasn’t rained lately so i sprinkled some water onto the aubrietia plant
And concentrated the focus area on the centre of the flower
The droplet magnified the centre stamens of the plant to get this effect
These flowers are tiny , just about finger nail size .
All i did in photoshop was cropping, added vibrance, and some bits of cloning out bright spots on the foliage surrounding the flower 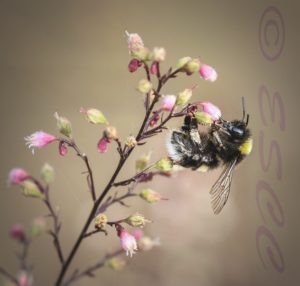 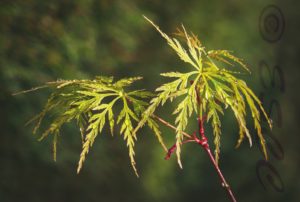 Just out of the pot
by Alan Wardropper 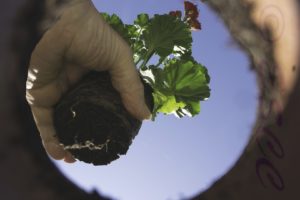 I cut the bottom of a plant pot, wet the inside and rubbed it in some loose soil to get some to stick to it.
I then put the camera facing up and placed the plant pot on top of the lens , and took the shots with a remote. 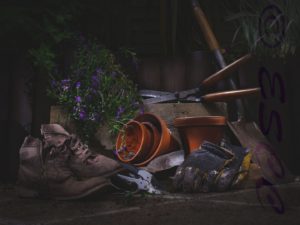 I was taken in the garden this afternoon, using flash and HSS.

Me setting up the shot 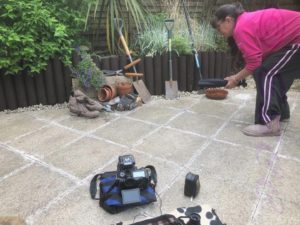 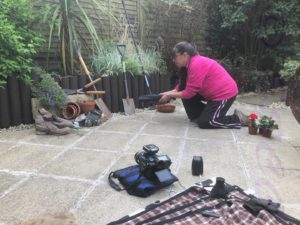 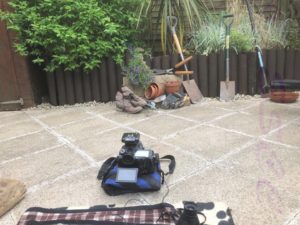 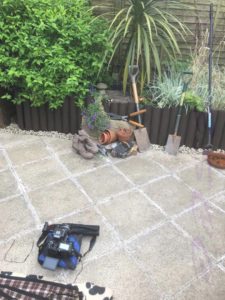 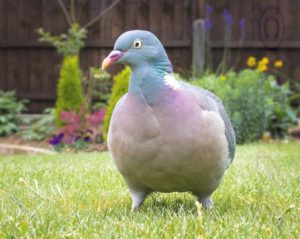 I did have another image of apple blossom
but, even though it’s pretty it would probably only get the odd vote,
I decided that I would put this pigeon in as it’s different!
And true to form as last week it probably won’t get any votes either.
I have a reputation to uphold.
To take the image I put my camera in a shoe box with a hole for the lens and put it on the grass.
Then I put down some sunflower seeds and waited for the pigeon to get in the right position.
It took a long time for it to happen as the pigeon was clearly wary of the box.
I had put the camera on continuous shooting and fired the shutter.
Initially this startled the pigeon but after another few hours it seemed to get used to it.
Then all I had to do was choose an image, crop it and make a few adjustments. 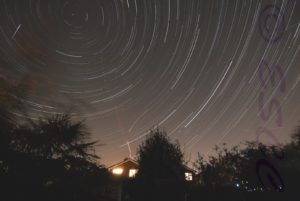 An attempt to capture some meteors, I got at least three, along with several airplanes.
This was compiled from 225 x 20 second images, f4 at 12 millimeter on a Nikon D200, 400 iso.
I had to allow a 10 second interval between each shot to prevent the cameras sensor from overheating and switching off the camera.
Total time duration was 2 half hours from quarter past 10 at night until quarter to 1 in the morning.
The images were overlayed using StarStax which is a free program. 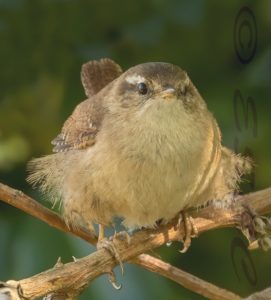 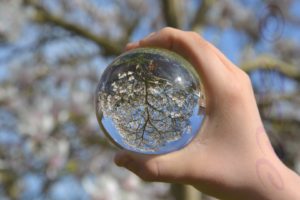 Just messing with a lensball and using my son as a stand.
Final image has just had a two-minute tweak in Snapseed, bit of a crop, sharpened a bit and increased the warmth 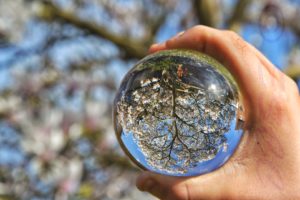 Comment from a member I tried this with my own globe and realise how difficult it is to achieve such an easy looking image.

A Burst of Spring 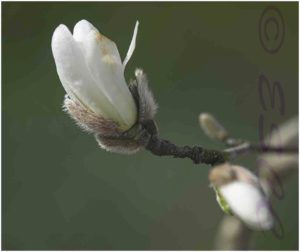 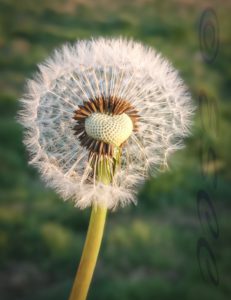 Fairy In The Garden 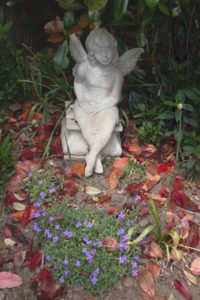 A bit of brightening 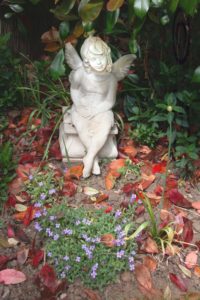 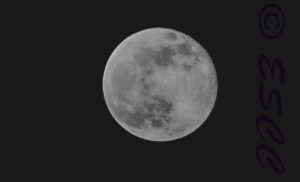 Should have been called “Pink Super Moon”. It was shot on April 7th and was an attempt to catch an image of Aprils Full Pink moon. This was a Supper Moon and the first full moon of Spring being visible from dusk and reaching its peak illumination at 10:35pm. But as you will notice this “Supper Pink Moon” doesn’t actually loo Super Pink or in fact any hue of Pink. It was just its usual Golden colour near the horizon and faded to white as it rose over head but even this is lost as my Dad actually entered the monochrome version. So why is it call a Pink Moon although we wish this name had to do with its colour its not actually as mystical or awe inspiring and in truth Aprils full moon corresponded with the early spring blooms of a certain wild flower native to Eastern North America called Wild Ground Phlox 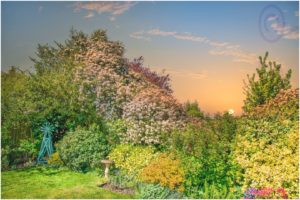 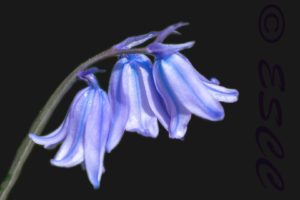